Chasing Recollection
I had a mother. Sometimes I can’t remember her looks

To spark my brain, I look thru her bins of Polaroids and unfinished photo-books

Her smile presents flashes of times, distorted, but shared

Time passes, my eyes close, and her face leaves again

In darkness, I see her nose, more distinct now than it was then.

Large, to the point of cartoonish, I know it’s only in my mind’s eye.

My brain forgets a face, but remembers a nose that stands tall.

I’d rather have this piece of her than nothing at all.

What’s next to find? An eyebrow? A thumb?

Any reminder of her presence will satisfy me now.

Until the ache of loss is overcome by all the joy the universe will allow.

I have a mother and she has me too.

Time steals memories, but Angels can make them new. 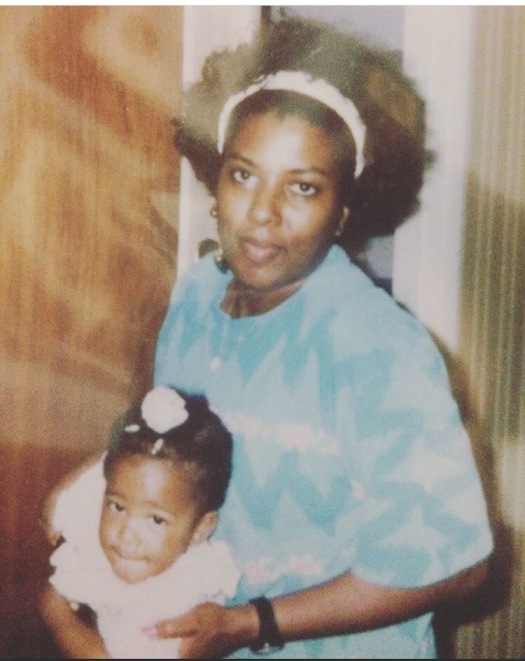 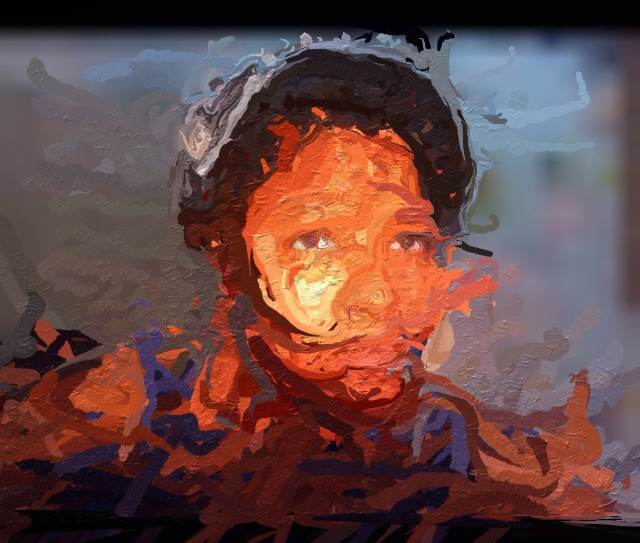 A lot has changed for me since I last wrote. In March last year, my father died.

I’ve lost a parent before, but this was different. This was final.  No longer was there a foundation of the kind of love, support, and hope that was the relationship I had with my Mom and Dad. Suddenly, I was 24 with no where to stand. I say sudden because that’s what it was (another reason it was different from my mom’s death). His death was painful for him, I know that. I had it described to me. It was sudden, swift and , in my opinion, violent. No one wants that.

I am thankful and saddened that I wasn’t there when he passed. I was on the 0ther side of the world, planning my next project as a Peace Corps Volunteer in Indonesia. I was nearing my second year, and I was only shy of 2 months when everything happened.

When my sister told me quietly over Skype that our Dad had just died, I immediately began grabbing things and throwing them into bags. It didn’t matter what is was that I grabbed, as long as my hands were busy and my mind was occupied. I used packing as a excuse to avoid my host family through that entire day. I knew the moment my sister told me about Daddy that I wouldn’t be returning to Indonesia.

The good-bye to my host-mom was painful and short…I made sure to time it that way. I didn’t want to see her cry or hear her ask when I was coming back. She did both in that small window of time. She hugged me tighter than I knew she was capable and cried for her own loss and for mine. I think she knew I wasn’t coming back either, but she asked any way. I answered in a small voice over and over again “Saya tidak tahu” (I don’t know) and then I was gone.

Now, a little over a year later, I can say the pain of losing my Dad and the experience surrounding it runs deeper than I’ve ever experienced. When my mother died when I was 20, I still had my father. I still had him and he was there. He promised to be here when I came back. His hugs meant the world to me…they always have. His smell. His laugh. His smile.

My mother’s death left a void that never healed and losing my father widened the gap. The pain of her death echoes inside me, but my Dad’s absence screams. It wracks my body at night and leaves me exhausted through the day. Not only did I lose my best friend and strongest source of affirmation, but I was ripped away from a family I’d built in Indonesia. I could go back (& I will) but the pain of that night will always be with me in some form or another.

I am 25 with no parents. Though my parents are no longer here, I can still find joy in the family I left behind. My 2 sisters, brother, and I lean on each other for support. We hold each other up. We are each other’s foundation.  We’ll take road trips with my father’s urn in the back seat, blasting his favorite music with the window’s down. We’ll scream the lyrics till the sun sets. We’ll find joy with each other and the people who love us.

I decided that life is decidedly short & I will fill this void with as much happiness that I can find. This past year, I’ve been scrambling for a sense of self and I’ve found it by embracing every single part of me. I am a living memory of Quentin and Tovoia. Those are the parts of me and they are beautiful. I leaned on my father’s foundation of affirmation to help me navigate a world that told me I wasn’t enough. I still lean on that foundation and I embrace it. This life I’m living is mine and I choose to live it the way I see it.

My Aunt Passed away last night. It all happened in a day. The last I spoke to her she was fine: laughing, dancing, and….yes drinking. She was always a source of light in any room and she was often the person I went to in my own low points. She was always there for me, as she was for everyone.

My family and I stayed in the hospital practically all day yesterday while she was in a coma. It was sudden and unexpected. My whole family is close-knit. We don’t understand the meaning of extended in our family. We hoped and prayed and prayed some more.

When she died I wailed, loud. I cried harder than I can remember. I couldn’t walk or move. All I wanted to do was crumple within myself and cry.

I not only cried for the loss of my aunt, but for the pain of losing my mother made raw again. I felt as if they both died last night. And I felt selfish for thinking it.

You wouldn’t look at my Aunt Desoree, or my Mother, and associate them with death. They were so full of life that they seemed immortal.

It is not about me. It is greater than me.

I am blessed to have the family I have and the support system I have. I have lost 4 important people in my life in 1 1/2 years, but I feel they have left a hell of a great example. I will continue to try to be even half as amazing as they were. I’m not calling them saints, but their open-ness about their flaws and their love towards everyone made me feel as if they were truly angels on earth.

I appreciate every moment I’m given. I do not intend to waste a second stuck in one spot. Whether that spot be depression, complacency .etc. With the family I have, my life will continue to be filled with laughter, generosity, and love. I am not just living for myself. I am living to carry on a legacy that will last for generations to come.I am rising above my circumstance and finding strength when I feel weaker then I ever have. I have no choice but to take on the challenge. If we don’t, then who will?

I have no choice but to move forward…

My Parents owned an impossibly high and wide bed. To my nine year old eyes, the wide bed was like King Arthur’s bouncy castle, it was magnificently sprawled across the small Master bedroom, filling the entire room and leaving little room on either side. The room was the bed. My parents’ bed was my place of refuge. It bore the perfect ratio between comfort and substance that my bunk-bed would never accomplish. Who needs a floor with space when you can bounce, roll, and flip to where you need to go? I would scramble onto the foot of the bed, my sisters squeezing on either side of me, and prop my head in my hands. We’d stretch as far as our limbs could go in our limited bubbles. We would watch movies on my Parent’s tiny TV in our t-shirts and eat Orville Redenbacher’s Popcorn with extra butter. We’d spend hours watching Aladdin, Belle, and Hercules in a world we conceived in our minds existed somewhere. My Parent’s room was where my family and I would sing together because the walls of the room emphasized our harmony. My Parents’ room was also where my sisters and I would listen, on edge, to Daddy talk about his adventures as a Corrections Officer. My sister Alleyah was always the first to slickly swipe Daddy’s glowing handcuffs and leisurely cuff and un-cuff her hands while he told us his story of the day.

Daddy would come home exhausted, looking as if he had never had an ounce of sleep in his life. When he kicked off his shoes and flopped down at the head of the bed, a sudden animated spirit would revive him from his restlessly dormant state and give us our news for the day. We would hear about men who taunted guards, men who fought other men, and men who were just plain insane. We would hear about the crimes they committed and the crazy things that some inmates did to pass the time. The rise and fall of his voice matched the motions of his hands as he gestured the story into life, ushering the story from his mind before our eyes. He would censor the stories, shielding our eyes from the severity of life outside and behind brick walls. Although I was attentive to the stories, I mostly looked forward to Daddy’s animated face and his booming laugh that erupted from his belly and seemed to interrupt him mid-word.

Even Saturdays, when I often tested the strength of the soles of my bare feet on the earth of our back yard, I could hear Daddy’s laughter fill the universe. In me, it confirmed and ingrained a feeling of place. Here, wrapped in the arms of apple and pear trees, away from the rowdy, intrusive Brinkley Road, I was safe to do anything. I knew where I was in my family. I was the eldest of four kids in a family of six. I was my sister’s adventure doctor and my baby brother’s diaper changer. I was my Father’s little girl and I was my Mother’s diary of secrets. All that mattered was where I stood among the most important people in my life.

The grass in our yard was green and full of rabbit holes. My sisters and I would carefully run around, being careful to land our feet like astronauts on the moon. The holes led to the unexpected, and in our minds, either led to a twisted ankle or a trip to China. The trees that surrounded us bore a story themselves. The previous owners were an old married couple who planted their own food and were married for a lifetime. They had been the original owners of the brick rambler and raised a family in my home. I often wondered if their kids ever climbed the trees their parents grew or peeled the bark off the base of the apple trees as I would often do.

The yard was electrified with lively fireflies at night in the summer. I felt as if these bugs had invaded the solitude of our open yard, disturbing an unspoken balance. Although I was logical and knew that the living light bulbs could not harm me, I never approached them without a pair of gloves and a jar. When I encased them in the glass, I was not filled with some awe-inspired feeling of wonderment. I was glad I trapped the “bugs that won’t stop following me.” I fell asleep in comfort knowing that the Lightning bug inmates couldn’t harm me or my family with no way of escape. I was the unspoken family guard.

My Attempt to Organize